BACK GROUND NOTES AND DEVELOPMENT

Medal of Valor - Officer Vincent Ortiz
On February 27, 2016, LAPD Van Nuys Division Officer Vincent Ortiz was off-duty and traveling on the 5 Freeway when he witnessed a fiery crash involving street racing. One vehicle had hit a UPS truck, causing the driver to lose control, strike the center median, become airborne, and land on the opposite side of the freeway, hitting a sedan and catching fire. After the UPS truck came to rest, Javier Gonzalez, Jr.’s SUV immediately hit it.
Gonzalez’s vehicle quickly became engulfed in flames. Although he was initially pinned down in the front of his car, he was able to work his way to the SUV’s cargo area. He yelled for help and continuously tried to kick out the rear windows. As he struggled to free himself, Gonzalez felt the vehicle heat up and his arms start to burn. He saw people standing 50 feet away, but no one was willing to approach the burning wreck.
Officer Ortiz had already gotten out of his car and was checking on people at the scene. He heard Gonzalez’s cries for help, made eye contact with him, and ran toward his vehicle – despite the flames and intense heat. Ortiz located the release latch for the back of the vehicle, opened it, grabbed Gonzalez by the arms, pulled him 30 feet away, and sat him on the center median.
Someone yelled that they had to get further back because the UPS truck was going to blow up. Ortiz grabbed Gonzalez by his arms a second time and pulled him another 30 feet away from the wreck, just as the cab of the UPS truck exploded again, sending debris into the air. Ortiz stayed with Gonzalez until paramedics arrived. 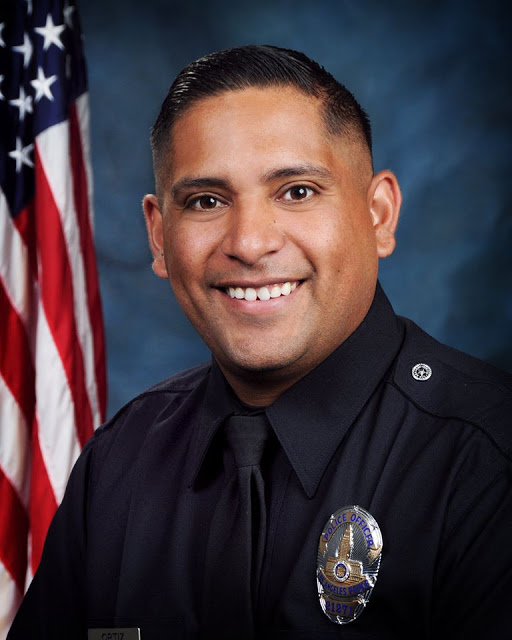 Willy and I met with Officer Ortiz after a brief wait as he finished the line of citizens at the
bustling front counter at the LAPD Van Nuys Division.  Officer Ortiz is a friendly, attractive,
non-assuming man who exudes a quiet self confidence. He easily told his perspective and
observations of the Commerce Crash.

Tell us what you saw on February 27th 2016.
I was driving back from Disneyland with my wife, mom and two kids on the I-5 North in
the #1 lane.  We left Disneyland at approximately 11:30 p.m. The first indication I had that
something was wrong, was observing strange light movement ahead of me.  I did not know
what I was seeing at the time. Didn't know it was a truck.

I slowed down, not knowing the source of the movement ahead of me.  Had I not seen those
lights, I would not have had reason to slow down and be safe.  Next, I saw a UPS truck
flipping and blowing up on contact with the freeway divider.  It was an instant explosion.
As soon as it hit the wall, it blew up.

I saw a vehicle 4 or 5 car lengths ahead of me that was not going to be able to be able to
stop in time before hitting the UPS truck. (Javier Gonzalez was the driver of the red Blazer
that plowed into the  rear portion of the UPS truck that lay ablaze in front of him).

I immediately jumped out of my vehicle and ran to the burning cars in front of the truck.
It was too hot and I could not continue in that direction. I then saw someone trying to get
out of the back of the vehicle that crashed into the back of the UPS truck.  I popped out the
back window, then grabbed the man who was struggling to get out and placed him on the
pavement. I had to move him once again with the continued explosions. Things were
blowing up and falling around us.  I was concerned about the toxic fumes from the fire
as well, plastics and other possible sources.

It continued to be too hot to approach the cars on fire. Then, I saw someone crawling on
the road. I later learned that he had been stuck in a car that had caught fire. He appeared
to have severe road rash. Do you know what road rash looks like? We nod in the affirmative.
(red bloodied streaky exposed flesh).  I could only talk and comfort him.

After that, what did you see or do?
I was running around to see if there was anyone else I could help but the fire pushed me back.
I saw a lot of cardboard boxes burning that acted as fuel. I stayed on scene for another
1 ½ to 2 hours.

How long did it take before first responders to arrive?
Within 7 to 8 minutes of the crash.  It always seems longer than it actually is.
There was a low spot on the block wall next to the freeway (adjacent to Telegraph Road)
that allowed the firefighters to climb onto the freeway.  It was difficult for them to access
the crash area because of the heavy and stopped traffic in both directions of the freeway.
They immediately went to help the people and cars that were on fire.

What were your thoughts about the dangers with fire all around and things blowing up?
I didn't think about the danger at the time.  It's what I do. Helping people comes
easily to me.  I do not consider myself a hero and didn't think my actions deserve a medal.
(being the “Bad guy with the tattoos!”)

What were yours thoughts as you pulled Javier out of his burning vehicle?
“I was glad he was alive.”

How long was Javier in his Blazer after the collision?
One minute, twenty five seconds.

There was a loud voice repeatedly instructing people to 'get back'  'It's going to blow”on a
Youtubevideo, is that your voice?
“No.”

The videos that we've seen depict other people out of their cars.
Did anyone else attempt to help?
It was bullshit. People took out their phone and were recording.

Did you have interactions with any other victims?
No, the fire was too hot and kept me back.

Why did you do what you did?
“Autopilot.”

There was a white pickup truck parked to the side of the crash site.
Do you know who that truck belongs to?
No.

Did you see the driver of the vehicle involved in street racing?
I did not know there were fatalities or that street racing was involved until the
CHP contacted me two months after the crash.  I don't believe the penalties are hard
enough on street racers.

I have not gone back to Disneyland since the accident. Thought about it, but haven't. 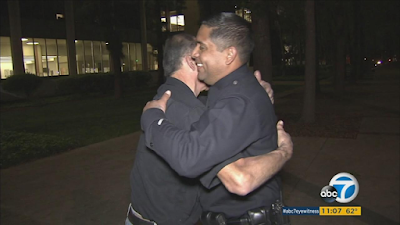 I am in the "just the facts" stage in collecting and writing a story about my daughter Michelle, and then separately about the Commerce crash, although the Life Story of Michelle will be separate in the end the two stories come together in her death in the Commerce crash. I will be sending you two emails I think I already sent you the interview with Javier G. but I will send it again - Also I have a hand written account of †he Commerce crash that Javier wrote, it is five pages. I too live in Santa Clarita, maybe we can meet and
I will give you a copy, I let Javier know and he is okay with it all. I also understand that you we 5-10 cars
or so behind Javier during the crash. I would like to know what you seen from your perspective, just from
your perspective what you were able to see and what it felt like,the whole atmosphere of the crash and the unfolding of following events,   so I can convey, write and explain the whole seen, the senses, sounds and
all the rest............You need to know that you are the real Hero of this story, You will see from what I have
I am only part way there. Let me take you to dinner up here and talk. I have read the Autopsy reports of
my daughter and the other two deaths, other than real pictures nothing will upset me, we did closed
casket for my daughter's furerald we never viewed her again after the crash, we were warned
- So I can handle what ever you saw, just not real pictures. 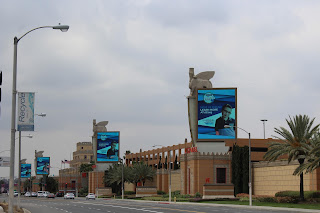 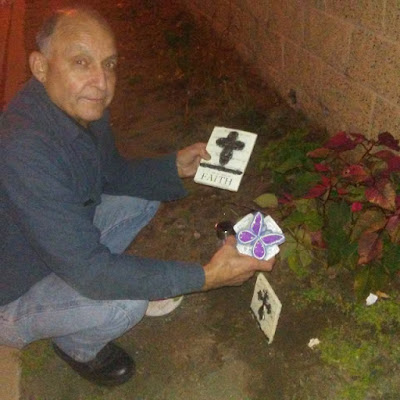 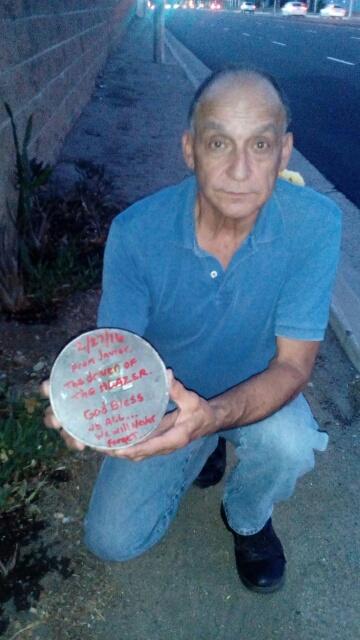 2-26-16, before midnight
Notes: I have written this in first person, but know that I am paraphrasing and linking things together. If you would rather I use third person, let me know. It isn't all quoted but all are his thoughts. Additionally, if there are any points where I have mistakenly mixed up points in my notes (put something where it doesn't go, made assumptions that are incorrect, etc,) let me know! My notes were very very hastily scribbled in some points, and so were tricky to understand at points, but I did my best. Still, accuracy is super important, so let me know ASAP if something needs to be fixed. ..............


**FAIR USE**
Copyright Disclaimer under section 107 of the Copyright Act 1976, allowance is made for “fair use” for purposes such as criticism, comment, news reporting, teaching, scholarship, education and research.
Fair use is a use permitted by copyright statute that might otherwise be infringing.
Non-profit, educational or personal use tips the balance in favor of fair use.
FAIR USE DEFINITION:
(Source: http://en.wikipedia.org/wiki/Fair_use)
Fair use is a doctrine in the United States copyright law that allows limited use of copyrighted material without requiring permission from the rights holders, such as for commentary, criticism, news reporting, research, teaching or scholarship.  It provides for the legal, non-licensed citation or incorporation of copyrighted material in another author’s work under a four-factor balancing test.  The term “fair use” originated in the United States.  A similar principle, fair dealing, exists in some other common law jurisdictions.  Civil law jurisdictions have other limitations and exceptions to copyright.